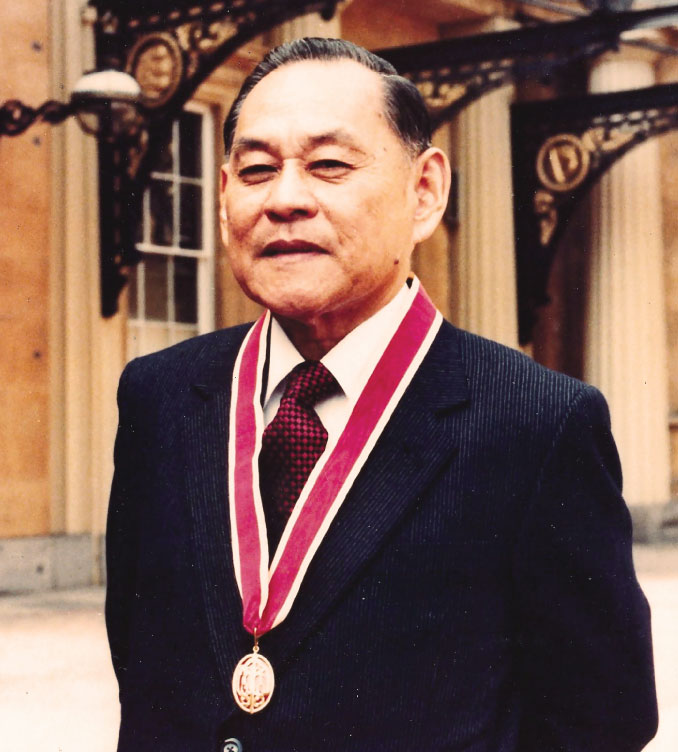 In 1887, Chu Wei Chuen, the father of Sir Jean Etienne Moi Lin Ah Chuen, arrived in Mauritius as an immigrant from Meizhou, a Hakka village in Guangdong, China. After working with other fellow countrymen, he opened a shop at The Mount Sugar Estate in Pamplemousses and raised his family through hard work and perseverance.

In 1931, at the age of 20, Jean Etienne Moi Lin Ah Chuen decided to set up his own retail shop, ABC Store, at 18 Queen Street in Port Louis. He brought in the best groceries, foodstuffs and wines to offer to his customers and quickly built up a very good reputation. Soon after, he undertook his own imports and set up a wholesale distribution of his food products around the island.

He was very involved in the social and cultural activities of his community, becoming the youngest President of the Chinese Chamber of Commerce at the age of 31. He was a co-founder of the Chinese Daily News and was very well-regarded by the Chinese as well as the business community. He was also quite active in the Chinese Catholic Mission as well as setting up a Chinese voluntary defence corps during the Second World War.

In 1948, his hard work and initiatives were recognized by the British Colonial Government who nominated him to sit as a member of the Legislative Council to represent the Chinese community. Later on, he participated in the parliamentary General Elections and got elected.

In 1967, after Mauritius became independent, he was appointed Minister of Local Government in the Government of National Unity of Sir Seewoosagur Ramgoolam, the first Prime Minister of Mauritius, and served for seven years in that capacity. Through his connections in Hong Kong and Taiwan, he contributed significantly in the successful establishment of the Mauritius Export Processing Zone which has been the textile pillar of the economy since 1972, creating over 60,000 jobs.

Honourable Jean Etienne Moi Lin Ah Chuen was a relentless promoter of Chinese tradition, culture and values. He was one of the founding members of the World Hakka Federation in Taiwan and also brought the Hong Kong Nam Wah football team to Mauritius on two occasions. In 1980, Jean Etienne Moi Lin Ah Chuen was knighted by Queen Elizabeth II of Great Britain at Buckingham Palace. It was the pinnacle of his 28 years as a representative of the people at the Mauritius Legislative Assembly.

In 1991, Pope John Paul II conferred him with the high distinction of “Knight of St Gregory the Great” for his immense contribution to the Chinese Catholic Mission. He passed away on 23rd October that year. His name has been given to a street situated off De Rosnay Street in the Municipality of Beau Bassin/Rose Hill, where he had been a council member for many years.

All these distinctions stand as testimony of his deep social, economic and political involvement and contribution in the service of his country. In 2009, his heirs converted his residence in Rose Hill into a Memorial Centre and Museum as a remembrance of his love for his family and as a legacy for the future generations. He had a collection of over 3,000 photos.

On the same occasion, his biography, written by the historian Mrs Lilian Berthelot, was launched. This book, originally written in French, has also been translated into English and Chinese.

ABC Group has set up the Sir Jean Etienne Moi Lin Ah-Chuen Foundation to perpetuate the social, educational and cultural endeavours to which he was so devoted. It now forms part of the Corporate Social Responsibility contribution of ABC Group.